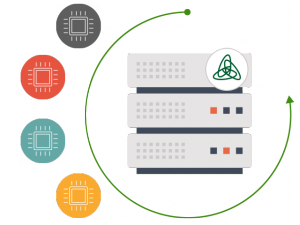 In a week captivated by the pre-holiday spirit, it seems to be the right time for us to announce some cool service upgrades.

All upgrades enter into force today and are permanent, i.e. they will not expire after the holiday season.

What are the service upgrades about?

Just a year ago, we launched a promotion on all self-managed OpenVZ VPSs.

This sparked a 30-percent rise in the number of signups, while we managed to preserve the high account renewal rates.

We implemented this upgrade to make them even more competitive on the market.

The SSD storage capacity was beefed up by up to 50 percent, the traffic quotas saw an up-to-77-percent uplift, while the RAM allocations were jacked up by up to 40 percent.

Now we are ready with yet another resource upgrade that will affect all self-managed OpenVZ VPSs:

As you can see in the table above, the entry-level OpenVZ VPS plan has received the biggest resource uplift – its storage and traffic quotas have been increased by 50 and 70 percent, respectively.

Plus, its wholesale price has been cut down by 11 percent.

Plus, its wholesale price has been decreased by 20 percent.

As for the third self-managed OpenVZ VPS – OVZ 3, its storage and traffic quotas have been pumped up by 15 and 30 percent, respectively.

No price change has been applied to this package.

Apart from the server resource upgrades, we’ve also implemented another important change – CPU utilization will now depend on the number of cores rather than on the clock speed (GHz).

This allows for greater flexibility in utilizing the server’s processing power.

In fact, VPS users will be practically freed of frequency limitations.

In the table below, you can see the number of cores each VPS has been allocated. 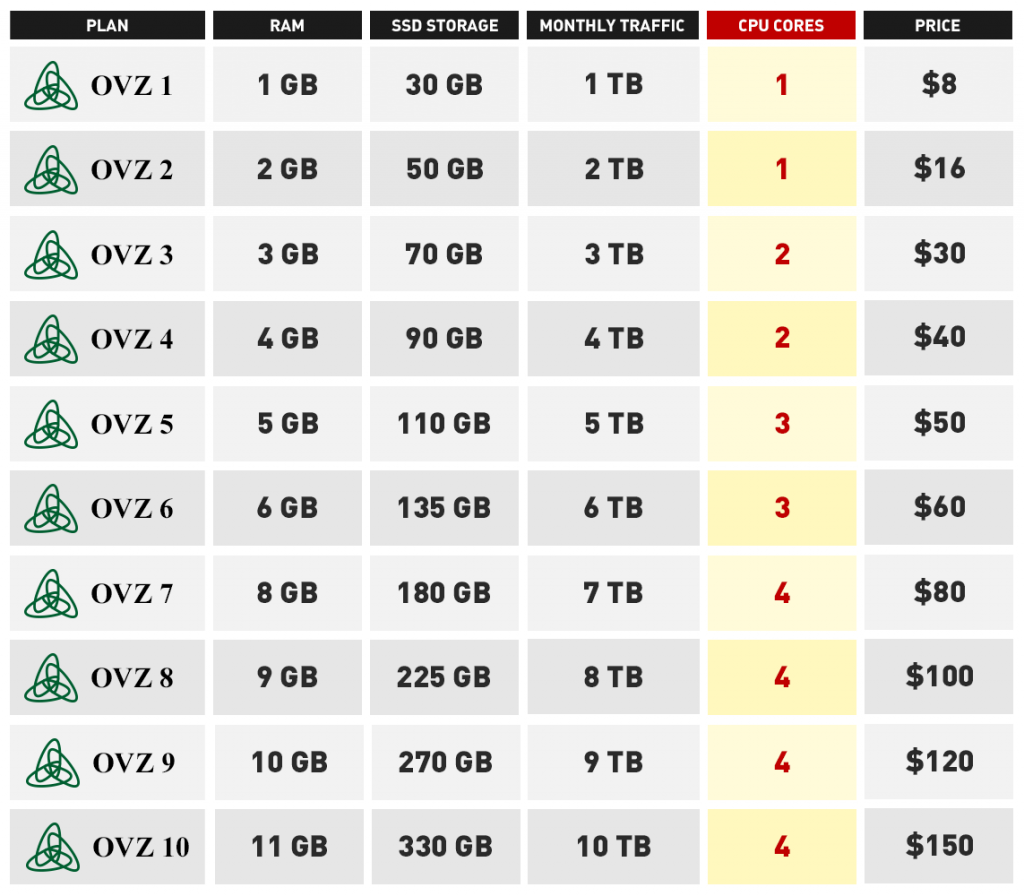 As you can see in the table above, the number of cores increases gradually with each package.

Speaking of numbers, the first OpenVZ VPS plan has received a 120-percent CPU usage quota uplift, while with the other plans the raise is 13% on average.

While entry-level configurations can leverage the power of a single core (perfect for small web applications), the more powerful packages will avail of faster multi-core CPUs that are capable of handling much larger workloads than their single-core counterparts (perfect for more complex web projects).

The new quota updates have been reflected on the Store Master template and in the Web Hosting Control Panel.

WordPress-based store users will see the new storage and traffic allocations as well, but a plugin upgrade will be required for the CPU usage quota update to take effect. We’ll inform you as soon as this option becomes available.

All existing users will get the new quotas within 24 hours at the latest.