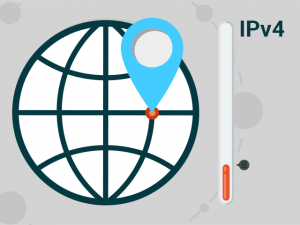 IP addresses lie at the heart of the Internet. Its expansion over the last two decades has led to the almost complete exhaustion of the public IPv4 address space.

The usage of web-connected devices has indeed gone through the roof, whereas the number of available IPs has alarmingly dropped, accordingly.

The newer, more robust IPv6 system is gradually being adopted worldwide and we will be deploying it ourselves as well.

Until then, we have to take some temporary measures to allow for more sparing and efficient use of dedicated IPs on our platform.

The history behind the exhaustion of IPv4 addresses

Launched back in the 1980s, the IPv4 system was designed to accommodate a maximum of 4.3 billion addresses.

Back in those days, who would have imagined the explosive growth of the Internet and its universal adoption?

The first predictions of the imminent IPv4 address depletion came in the early 1990s when the IETF (the Internet Engineering Task Force) formed a working group to analyze the rate of IPv4 adoption.

The alarmingly growing IPv4 address allocation rate brought about the idea of the creation of a new version of the Internet Protocol.

This led to the creation of the Internet Protocol version 6 and the finalization of the header format with RFC 2460 in 1998, which set the grounds for the imminent transition to IPv6.

Despite the super-fast Internet usage growth rate, the widespread adoption of IPv6 has slowed down in the last 20 years, one of the reasons being the need to move towards IPv6-compatible software.

It was not until the summer of 2015 that the online authorities realized the seriousness of the IPv4 address depletion issue.

In September, ARIN (American Registry for Internet Numbers) – the organization that assigns IP addresses in North America, made an official statement on the IPv4 address depletion:

This way, for the first time in the history of the Internet, ARIN had to turn down an IP request because it just didn’t have enough addresses.

Of course, the suggested IPv4 address distribution measure is just a temporary workaround, the only long-term solution being the ubiquitous adoption of IPv6.

What is the difference between IPv4 and IPv6?

IP addresses serve as unique identifiers that are assigned to each machine connected to a computer network.

When projected by Internet engineers more than three decades ago, the IPv4 system was meant to accommodate 4.3 billion IP addresses.

To curb the insufficiency issue, the creators of the IPv6 system designed an architecture that can accommodate a practically endless number of different IP addresses (about 340 gazillions) by using both numbers and letters in longer combinations.

Both systems are meant to work side by side, so the regular user will not see any impact from the transition to IPv6.

The IPv6 deployment on our platform is currently in progress

ARIN’s announcement that their ‘well’ of unallocated IPv4 addresses had gone dry a year and a half ago gave the IPv6 migration ‘vote’ a significant boost.

It has taken so long for the new IPv6 protocol to be adopted globally because it’s a time-taking process with its own technical specificities.

We have been working on implementing IPv6 on our web hosting platform for some time now and are making extensive tests to ensure a smooth transition throughout our network.

Until the transition has been completed, we’ll keep taking measures to handle the IPv4 address depletion issue locally.

Starting from Monday, January 16, the following modifications will be made to the available dedicated IP address quotas:

NOTE: The new measures will lead to more efficient use of the IPv4 addresses on our platform. Besides, server clients have long been able to use one dedicated IP address for the Control Panel license, the hosted domains, and the SSL certificates, regardless of the selected Control Panel (Hepsia, cPanel, or DirectAdmin).

We’ve done our best to postpone this measure as much as possible, but now that ARIN’s pool of unreserved IPv4 addresses is as good as depleted, we can do nothing but apply it.

One Response to “Modified IP allocation policy due to IPv4 address space exhaustion. A new IPv6 network is underway.”