Phalcon has debuted on our hosting platform 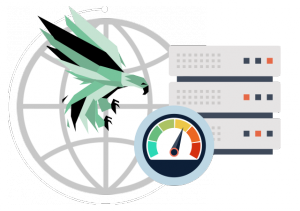 Speed has a crucial importance in terms of getting higher search engine rankings, whereas performance optimization has become a top priority for the IT industry.

The global march toward faster load times has fuelled the birth of Phalcon – a solution, which offers a brand new approach to improving website performance.

Learn more about the Phalcon framework, the advantages it can bring to your online projects and how you can make use of it on our web hosting platform.

Originally released in 2012, Phalcon is an open-source PHP web application framework licensed under the terms of the BSD License.

It was created by Andrés Gutiérrez who came up with a new speed-focused PHP web app framework development approach.

The name of the framework itself came as no surprise, since falcons are among the fastest animals on Earth.

Unlike most PHP frameworks, Phalcon was conceived as a web server extension.

Written in Zephir and C, it’s based on the model–view–controller (MVC) pattern.

Since Phalcon’s first release, its developers have kept improving the framework by adding new performance-boosting features. One such example is the Volt template engine.

SemVer will be relied upon in the future as well.

Phalcon has quickly gained popularity for being the fastest PHP framework on the web.

And rightfully so, considering its flying start and the number of improvements to its architecture in so short a period of time.

Built as a web server extension rather than as a stand-alone PHP framework, Phalcon allows for a revolutionary performance optimization.

Here are the key reasons why Phalcon has become the go-to solution for speed-focused web projects:

Thanks to its innovative coding concept, Phalcon allows for more HTTP requests to be processed per second (compared to similar frameworks written primarily in PHP), which lowers execution times drastically.

Phalcon allows you to keep CPU and memory consumption at a minimum.

The lowered execution and load times will accelerate your site’s overall performance, which will, in turn, lead to better search engine rankings and increased click-through rates.

How to enable Phalcon for your projects

Unlike the regular PHP frameworks, Phalcon cannot be readily installed.

You will need root access to the server to make use of it.

We’ve implemented a Phalcon-friendly environment on our platform in order for you to get the best performance out of your Phalcon-sped website.

You can enable Phalcon for your speed-sensitive projects from the PHP Settings section of your Control Panel:

Please keep in mind that Phalcon supports all PHP versions from 5.5 onwards: